I've probably tried a dozen recipes for stuffed peppers and just couldn't find the right one- some are so watery, some lack flavor, and some are stuffed with filler, unhealthy ingredients.

I was about to give up on my perpetual pursuit to pin down the perfect pepper recipe (try saying that 5 times fast, lol) and then I got a great deal on multi-colored bell peppers at the grocery store, so I decided to give it one more shot. Josh was less than thrilled that I was attempting yet another stuffed pepper recipe, so we agreed, if this one doesn't work, we can throw in the towel on this meal.

So for this last and final go-round, I decided to combine the pros from all the recipes I've tried up to this point, and of course, make sure its fix-approved. And the results turned out great- try it for yourself! 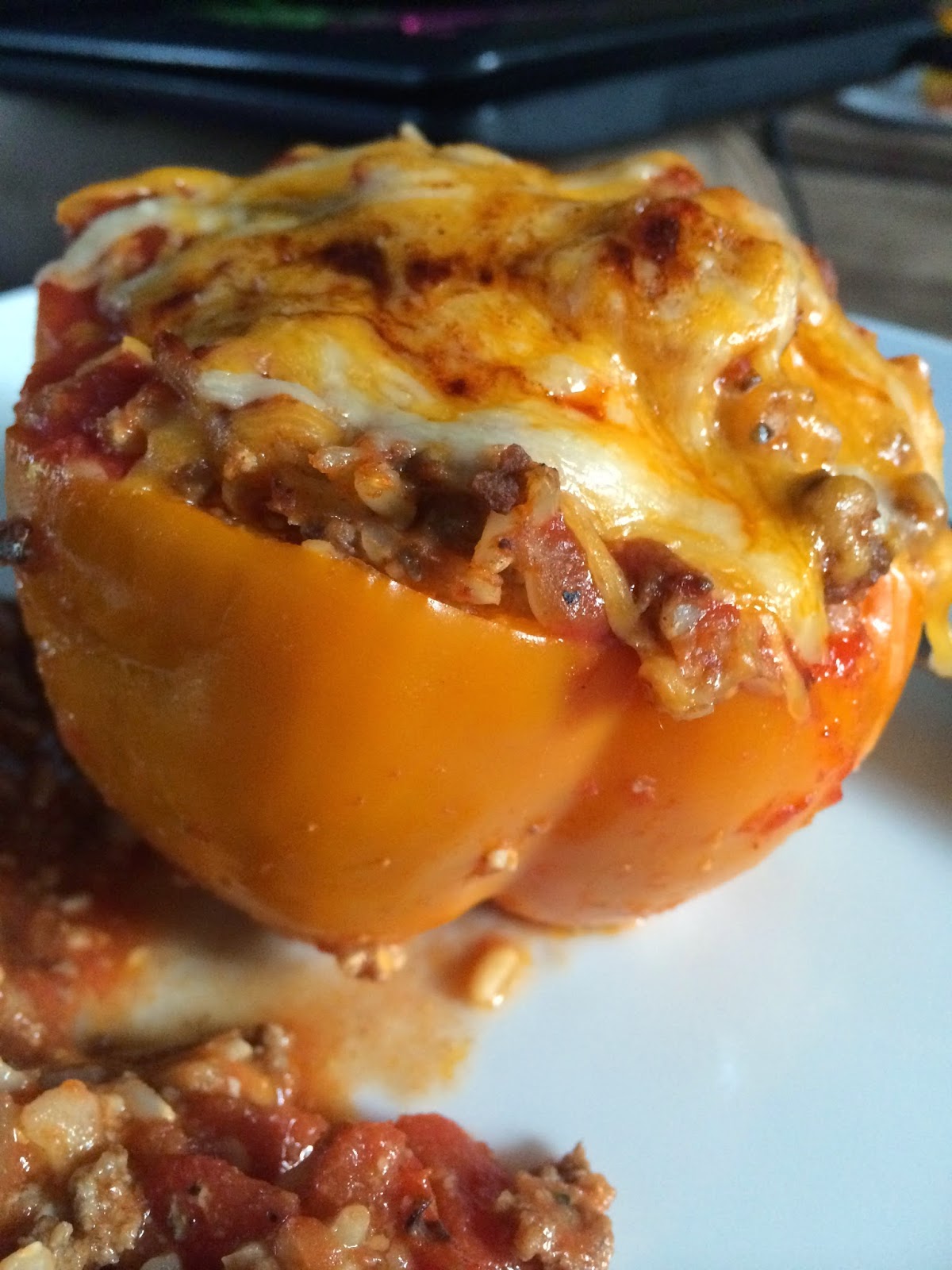